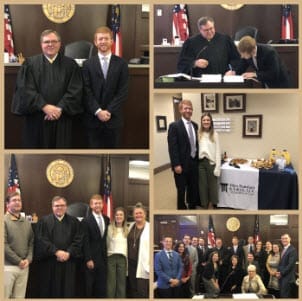 Cameron is originally from Woodstock, Georgia and graduated with a BA from Georgia College and State University in 2015 where he majored in History and minored in Political Science.

He received his JD from Georgia State University College of Law. Along with his JD, Cameron also earned a Certificate in Environmental and Land Use Law by focusing his studies on these areas during his legal education. During law school, he served as an Urban Fellow in the Center for the Comparative Study of Metropolitan Growth, both competed and coached for Moot Court teams, and served as a Pupil in the Bleckley Inn of Court during his third year.

In his spare time, Cameron enjoys Atlanta sports and spending time with his wife, Kelly, and their dog Maddox.